Managing Load, Regardless of Weather 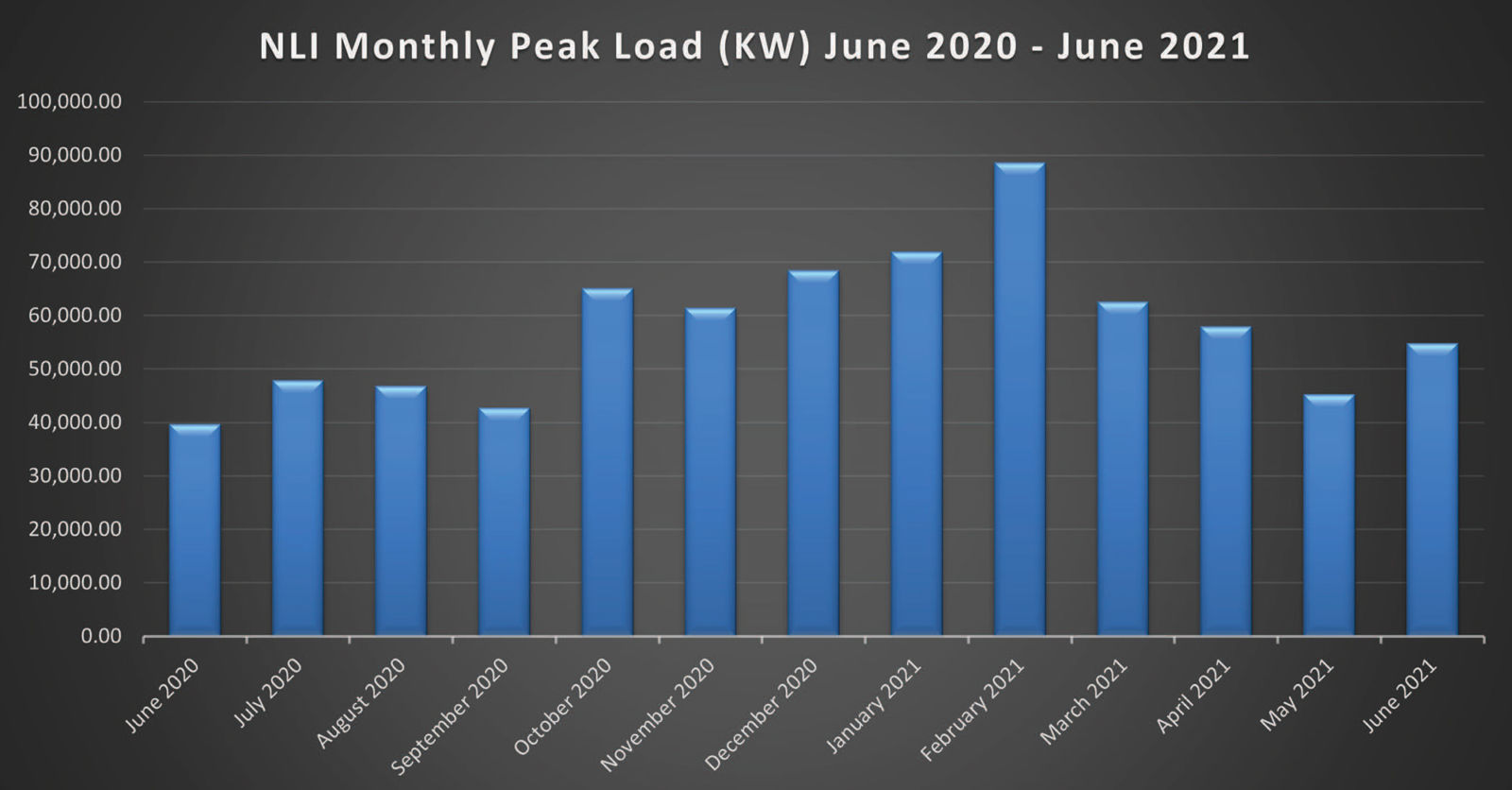 As warm weather brought record-setting temperatures at the end of June, utilities in the region made the news for having to shut power off to their customers.

NLI did not experience heat-related outages. Its total system load—the amount of power all members use at once—peaked 38% higher than last June. That is not close to our annual peak, which occurs in the winter. The February 2021 winter peak was 62% higher than our peak in June 2021.

Why is the winter peak so much higher? Since natural gas utility service is limited in the areas we serve, most members heat their homes with at least some form of electric heat. During the winter, there is a much higher differential between the temperature outside compared to the temperature inside your home, meaning more energy to get it to a comfortable temperature.

Many of our members do not have air- conditioning units. If everyone had air conditioning, and we had a hot summer like we are having this year, we would likely see much higher total system loads during the summer months.

Outages occur from heat due to several factors. A large substation transformer, locally installed at a distribution substation, can become too hot and need to be shut off to prevent damage. A damaged substa- tion transformer would not be easily repaired or replaced.

Transformers often have several protective additions to handle heat, such as fans or circulating the oil inside the transformer. However, a transformer is sized to handle only so much load. The more load a transformer has on it, the hotter it can raise the temperature.

On an extra hot day, with many homes and businesses running air conditioners (more load) and the transformer also being in the sun and heat, it can put extra stress on the transformer. This is what other utilities in our region experienced.

A bigger issue could be that not enough power is generated to go around for all the utilities in the region. The amount of power used at any given time needs to match what is being generated. This is a balance system operators at the generation utilities monitor 24/7, coordinate with others and adjust to match. If load and generation do not match, there are widespread regional issues. This was not
an issue for the Pacific Northwest region during the peak heat in June.

Another issue is a transmission power line may not be large enough to carry the amount of power it needs to move from the generation location to the load.

Lines are designed with peak loads in mind. A major abnormality in weather, or a parallel transmission line being out for maintenance, could be outside the parameters used in the design. This was not an issue in the region.

The generation and transmission system in NLI’s area has ample capacity to handle the extreme loads we have experienced the past few years. This is something engineers study on a regular basis to determine if upgrades are needed.

NLI will continue to monitor its power system and growth to ensure we can meet the needs of our members during extreme temperatures in both summer and winter.

Northern Lights Engineering & Operations Manager Kristin Mettke is an electrical engineer and has worked in the electric utility industry most of her career.